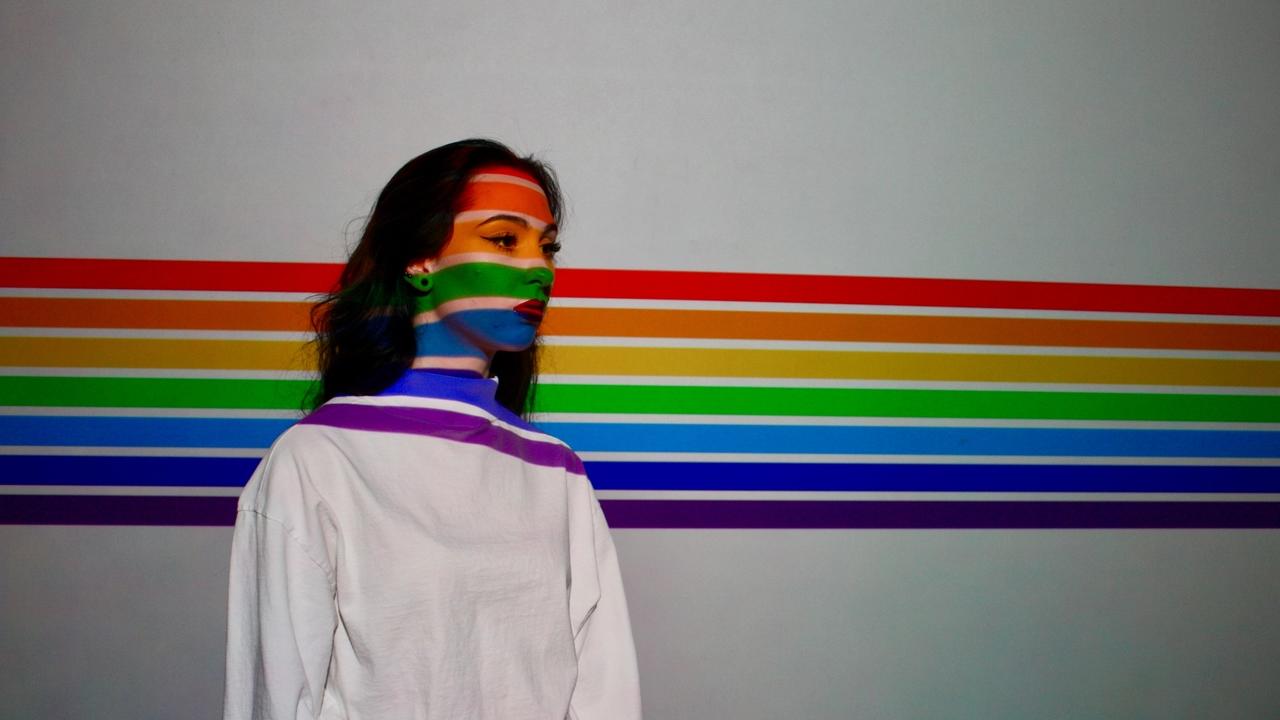 Everything you wanted to know but were afraid to ask.

Perhaps you haven’t had many experiences with queer, gay, lesbian, transgender, or genderqueer people. It’s okay. We all come from different experiences in life and what is important is that we acknowledge differences, respect them, and learn from our interactions with others.

Homos, queers, and trans folk are not secluded to liberal bubbles of the world. Slowly the empowerment to acknowledge one’s true self is trickling into all of our souls. I am a cisgender, queer, femme woman from Wyoming. It took me a long time to come to this confidence of who I am.  I’ve always wanted to make others feels safe and confident - this is why I’m a hairdresser, right? - but I’ve messed up, like a lot. I look back at things I have said, assumptions I made, and cringe. Everyone makes mistakes, everyday we learn something new, and when you get corrected, or someone tells you that you offended them do three things: apologize, acknowledge it and move on. Do some research, teach yourself something, and then pass on the information. Learn from that experience, don’t make the same mistakes. You might live in a small town Nebraska or Alabama. You may be in San Francisco or NYC, and have a client who comes in who you are unsure how they identify. People of different gender expressions, and identities are everywhere. Do you want to create a safe space? If so, here is some basic information that you might find useful.  It's glossary time.

Sex Identity (Sex): The physical, biological, chromosomal, genetic, and anatomical makeup of a body, classified as male, female, intersex, or (in some schools of thought) transsexual; 2) The categorization of a person's physiological status based on physical characteristics; 3) Label of bodies based on a socio-cultural concepts of physiology (e.g. what is a male vs. what is female).

Cisgender: one who identifies with the gender they were assigned at birth, based on their physical sex (aka genitals)

Transgender: one who identifies with a gender different than the gender they were assigned at birth.

Genderqueer: An umbrella term for people whose gender identity is outside of, not included within, or beyond the binary of female and male; 2) Gender non-conformity through expression, behavior, social roles, and/or identity; see also Fluid, Non-Binary, Gender Non-conforming

Gender Neutral: Used to denote a unisex or all-gender inclusive space, language, etc. Ex: A gender neutral bathroom is a bathroom open to people of any gender identity and expression.

Pronouns: Grammatical element used to reference a person on the basis of gender. Traditionally he, him, his, himself and she, her, hers, herself. *If you’re unsure of someone’s identity and pronouns, ASK almost all of the time when you ask “hey what are your pronouns?” Trans, genderqueer, and down people are going to be stoked and feel safe that you cared to ask. As a cis woman, the first time I was asked for my pronouns, I was a little taken aback.  I realized  that you never know and it was super respectful. Not all femme presenting folks are women or use she/her pronouns and vice versa.

Androgynous: a person who has traits attributed to both male and female or masculine and feminine.

Femme: A person who expresses and/or identifies with femininity.

Ally: Someone who confronts heterosexism, homophobia, biphobia, transphobia, heterosexual and cisgender privilege in themselves and others.

"you don’t get to label yourself an ally, you get labeled an ally because of your actions"

Most of these definitions were taken from the Trans and Queer Glossary.

Also important is intersectional feminism. Not just gender issues, but race, classism and ableism. This is a really rad and simple read to help you connect and learn from other people with different experiences, and create better safe spaces! So You Wanna Be An Intersectional Feminist

ARE YOU WANTING TO LEARN MORE?  ARE YOU READY TO OFFER SAFE HAVEN IN YOUR SALON?  CHECK OUT THE GROUP SAFE IN MY CHAIR.  INTRODUCED TO DESTROY THE HAIRDRESSER BY ANA STRAUSS OF ELEMENTS SALON IN TEXAS, SAFE IN MY CHAIR IS THE BRAINCHILD OF STYLIST MIA CATHERINE SMITH, A 20 YEAR VETERAN OF THE INDUSTRY WHO IS TRANS HERSELF.  IT IS A DIRECTORY OF STYLISTS WHO DECLARE THEMSELVES ALLIES TO TRANS GUESTS LOOKING FOR A SAFE SALON EXPERIENCE.  SAFE IN MY CHAIR ALSO OFFERS TRAINING FOR STYLISTS WHO WANT TO PARTICIPATE BUT HAVE LITTLE EXPERIENCE WITH THE TRANS COMMUNITY.

As always, let us know your thoughts in the comments below!

Get actionable disruptive business advice delivered to your inbox.

You're safe with me. I'll never spam you or sell your contact info.

Forget everything you thought you knew about hiring hairdressers!

Enter your details below to get your free gift.